I am sure you have a rough idea of what inflation is. Basically it is when you realize that $50 worth of groceries doesn’t get you as much when compared to about 5 years ago.

Inflation is REAL. You realize that money in the bank will not be able to buy as much the following year.

What is Singapore’s Inflation Rate?

There is an inflation calculator provided by MAS:

From the example above, the overall inflation rate is at a compounding rate of 2% annually.

This means, after 6 years, the value of your money drops by 12%.

Sometimes, in the news you will hear and read about data on Singapore’s inflation rates. The most common term you will hear is this – Consumer Price Index.

My advice? Do not pay too close attention to this as the figures are mostly on a monthly basis – which is not useful for making future longer-term projections.

We are focused on day-to-day activities and on a very short-term basis. So when inflation creeps up on you, you are not able to feel it. This is common human psychology – wired from the early humans who had to hunt and look for food daily.

Our brains are not well-equipped to think long-term – so do not get fooled by data that says that December was a “negative inflation rate”.

I been reading up on CPF Life for quite a while. One of the interesting numbers that I look at is the CPF Retirement Sum. As you can see, the Retirement Sum continues to increase every year due to inflation.

Just for fun, I decided to check with MAS inflation calculator:

This tells you that in calculating inflation, the CPF Retirement Sum uses a much more conservative method.

Below is a simple spreadsheet I made on the % increase of the CPF Retirement Sum:

As you can see, the rate of increase of the CPF Retirement Sum is way above the average inflation rate of 2%.

The Hidden Danger of Too Much Savings In The Banks

Your savings will get eroded by inflation. You cannot deny this. The real value of your savings would have been eroded over the years, hence all that worry about not saving enough still and not enough to retire will actually become a self-fulfilling prophecy.

According to this Bloomberg article, you can actually make money if allocated more of those savings into other instruments.

It is possible to save so much money… till you get to financial purgatory – because your savings are not able to beat inflation. 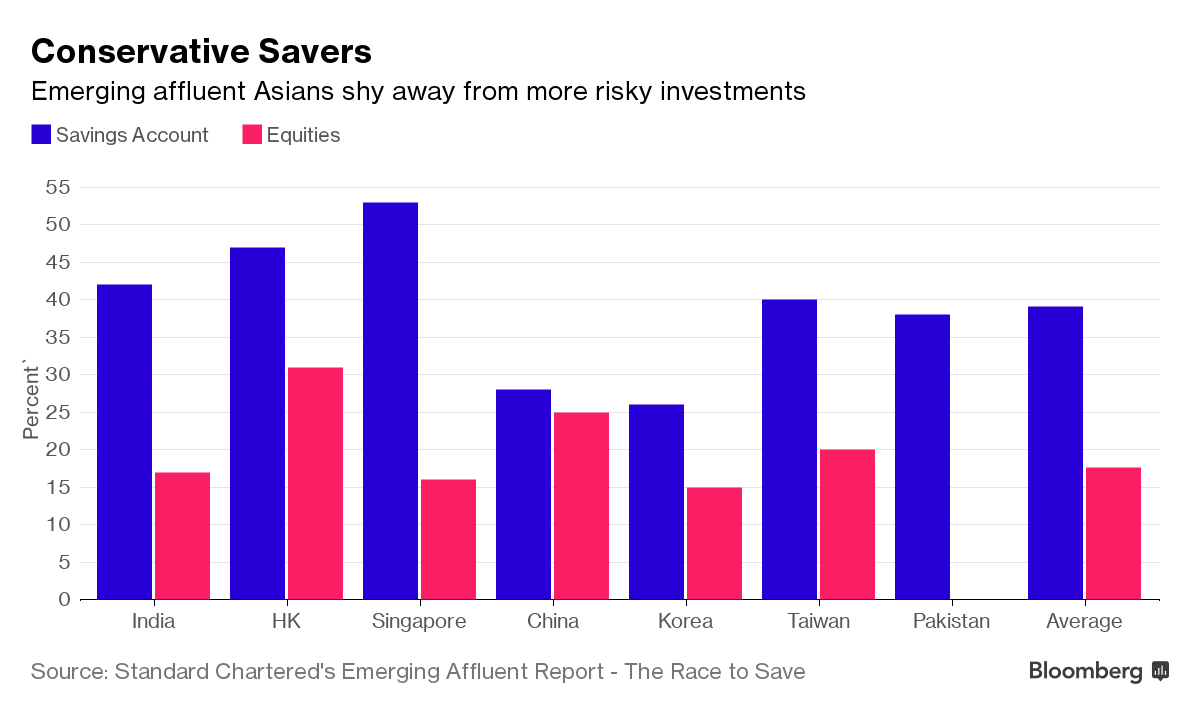 Singapore Has The Highest Rate of Savings In Asia

And yet, we still feel unprepared for retirement.

The fact of the matter is you cannot avoid risks altogether. When you try to avoid the risk-reward of taking investment risks, you will be hit with risks that creeped up on you slowly and painfully, like inflation and cost of living.

With low bank interest rates and increase cost of living over the past 10-15 years, your wealth in your bank accounts is slowly being destroyed. You know the rate of destruction – at about 2-4% per year.

This is the time for you to really put in the effort to discover where is a better place to place your savings.

There was a young man walking down the street and happened to see a old man sitting on his porch. Next to the old man was his dog, who was whining and whimpering.

The old man then replied “It’s not hurting bad enough.”

If this is hurting you bad enough, I invite you to contact me for a consultation to check on your current investment risk appetite.

Just like a medical checkup, a financial checkup is just as important.

Thank you for subscribing.

We respect your privacy and take protecting it seriously

My Other Posts
Tan Chei Huey is a qualified financial planner. A strong believer of practising what she preaches, she has successfully grown a million-dollar portfolio in various asset classes ranging from stocks to properties. Thank you for subscribing.

We respect your privacy and take protecting it seriously